Contents hide
1 clomid for pct (What is Clomiphene Citrate)?
2 Clomid for Gynecomastia
3 Clomid for Post Cycle Therapy (PCT)
3.1 Clomid Dosage During Anabolic Steroid Use
3.2 Female Clomid Dosage
3.3 Clomid Dosage for PCT & Increased Endogenous Testosterone Secretion
4 Clomid vs Nolvadex for PCT:
5 Clomid Side Effects:
6 common faq related to clomid:
6.1 How long do you take Clomid after a cycle?
6.2 How much Clomid should I take for PCT?
6.3 Will Clomid boost my testosterone?
6.4 Is Clomid illegal?
6.5 Does Clomid build muscle?
6.6 Clomid is not a muscle-building drug
6.7 What is the difference between Clomid & Clomiphene Citrate?
6.8 Is Clomid expensive?
7 recommendation:

Clomid is among the most popular drugs for PCT (Post Cycle Therapy).

Usually, the administration of Clomid is oral, with its intended purpose being to treat certain infertility conditions in females. However, its ability to indirectly influence the rise of testosterone levels has led to men using it to gain body mass and build muscles. This article will discuss the most important aspects to consider for Clomid as a PCT option.

clomid for pct (What is Clomiphene Citrate)?

Clomid, also known as Clomiphene Citrate, is an ovulatory stimulant that is nonsteroidal with C26H28CINO.C6H8O7 as the molecular formula and 598.09 as the molecular weight. It comprises two geometric isomers. Each tablet of Clomid incorporates 50 mg. of clomiphene citrate.

It also contains other inactive components such as lactose, sucrose, pregelatinized cornstarch, and magnesium stearate. 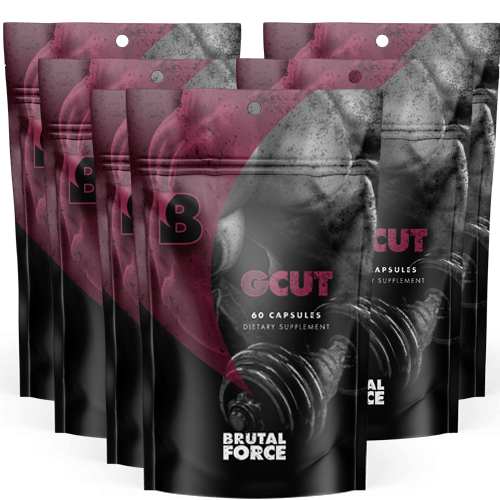 Max’s Note: For a real, NO-BS info-packed guide on cycling steroids, then grab your digital E-Book copy of ”Straight From The Underground” by John Doe Bodybuilding. This is my #1 recommended underground handbook on EVERYTHING related to steroids. Everything in this book is based on real first-hand experience as opposed to theory.

In this day and age AI’s more commonly are seen as the 1st choice for combating gynecomastia, however Clomid remains right up there among the top choices.

Clomid is more effective towards actively targeting the breast tissue, than it is water retention. If water retention specially is more of a concern, then consider other PCT options for this, as Clomid only mildly helps with this, as it doesn’t directly lower estrogen levels. Again, its more useful towards directly impacting breast tissue.

When it comes to PCT, Clomid is considered to be one of the the best.

On the other hand, this medicine is a potential hazard due to the range of side effects it can bring. As a SERM, Clomid is significant in helping to regulate the levels of estrogen in the body.

The regulation of estrogen levels also helps in positively impacting testosterone levels. Clomid greatly helps return your body to its normal pre-cycle state, since its a well known fact that during a cycle it will stop producing what the drugs are synthetically giving it. Depending on what you take, it can takes weeks or even months for your body to recover naturally.

Clomid speeds up this process greatly, and acts as an intervention, helping to restart the production of the testosterone hormone.

Clomid Dosage During Anabolic Steroid Use

Clomid has a wide range of applications. Those who want to start usage of Clomid during their cycle, are likely to find that 25 mg. a day is sufficient, however this can and has been upped to as much 50 mgs. a day (though this higher dosage need is certainly not as common)

The recommended Clomid dosage for female treatment is best if initiated on a low dose of 50mg. (approximately one tablet) once daily.

Clomid vs Nolvadex for PCT:

Which one is better between Clomid and Nolvadex? The truth is that between the two drugs, none of them is better than the other. The reason is that the usage of each of these drugs depends on various factors, including the cycle and dosages that you run, the steroid you use, and the period you use them. You will find that there are specific steroid cycles that will only demand Clomid for PCT. In other scenarios, some steroid cycles will only require Nolvadex for PCT. However, in most cases, cycles involved in Post Cycle Therapy often combine Clomid and Nolvadex treatments.

Before you decide to use Clomid, it is essential to note that it has a range of side effects, including;

Below are some of the frequently asked questions that relate to the usage of Clomid for PCT.

How long do you take Clomid after a cycle?

Usually, it is recommended that a patient begins the Clomid dosage on the second day of their menstrual cycle. For the following 5 days, take a 50mg tablet once per day. From there, they should expect ovulation after approximately five to twelve days after taking the last pill.

How much Clomid should I take for PCT?

The recommended standard dosage for a starter is approximately 100mg to 150mg daily for one to two consecutive weeks for Post Cycle Therapy purposes. Additionally, this Clomid dosage is ideal if the patient wishes to avoid developing estrogenic side effects.

Will Clomid boost my testosterone?

Like most anabolic products, the use of Clomid in men has a range of effects, including increased muscle mass. However, while increasing muscle mass in men, it can also cause other adverse side effects such as liver damage, gastrointestinal discomfort, and vulnerability to negative cardiovascular interactions.

Clomid is not a muscle-building drug

Clomid is an oral medication whose sole purpose is treating certain kinds of infertility in females. The drug’s intended purpose is to manipulate the female’s body into thinking that it has lower estrogen levels. However, some members of the male gender use this drug to gain mass and build muscles. Here is how it works. The indirect rise of the body’s testosterone levels through Clomid stimulates faster muscle and strength development. However, the intended purpose of this drug is not to build muscles.

What is the difference between Clomid & Clomiphene Citrate?

Clomid is a trade-name for an infertility treatment drug that is usually taken orally. Although many people identify the drug as Clomid, its generic identification is clomiphene citrate. Additionally, apart from Clomid, clomiphene citrate has another trade name of Serophene. This means that they are all the same thing ingredient-wise.

Generally, Clomid is affordable for most people because its price per cycle ranges from $10 to $100. Several factors are involved, like the dose and the usage of a brand name or generic clomiphene citrate.

Before deciding to use Clomid, it is essential to note that it is among the best drugs for Post Cycle Therapy which can also manifest its harshest side effects on your body. That being said, you have to make an informed decision before deciding to use the product. Since you are now aware of the pros and cons of using Clomid for PCT, we hope that you can make the best decision concerning using the drug on your body.

If you enjoyed this article and you’d like a more real, NO-BS info-packed guide on cycling steroids, then grab your digital E-Book copy of ”Straight From The Underground” by John Doe Bodybuilding. This is my #1 recommended underground handbook on EVERYTHING related to steroids. Everything in this book is based on first-hand experience instead of theory.

SEND ME A MESSAGE